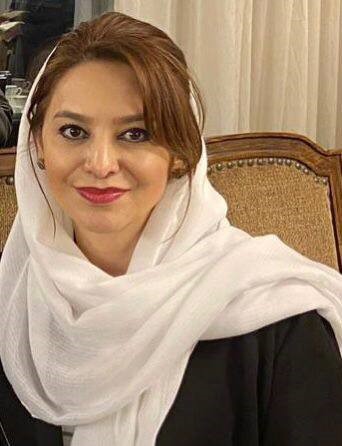 Dr. Nahaleh Moshtagh is a Clinical Psychologist (Iran University of Medical Sciences) and Psychoanalyst (Chicago Psychoanalytic Institute) practicing in Toronto, Canada. She is one of the founding members of HamAva Institute for Psychoanalytic Psychotherapy.

Dr. Moshtagh has presented in many international conferences (on topics such as virtual object relationships, gender differences, and narratology) and has published extensively in various major psychology and psychoanalytic journals, including Journal of the American Psychoanalytic Association (JAPA), Psychoanalytic Review, Modern Psychoanalysis, International Forum of Psychoanalysis and Psychoanalytic Discourse. She was the invited speaker for the Global Conference on Confronting Racism, Discrimination and Othering (February, 2022), sponsored by the William Alanson White Institute, and a Grand Rounds Speaker at the Payne Whitney Clinic, Department of Psychiatry of Weill Medical College of Cornell University (March, 2022).

Dr. Moshtagh has established a new and unique two-year program in Women Studies and Psychoanalysis at HamAva. The aim of this program is to enable women therapists to become aware of the history of women’s struggles in societies around the world against the system of patriarchy, and its implication for psychoanalytic theory and clinical work. The program covers the contributions of all major feminists, and the history of women’s movements and activism in Iran, while also creating an experiential awareness of the issues in contemporary living.

Dr. Moshtagh is the author of several books on Parenting and Mother-Child Relations, and the translator of major psychoanalytic works into Farsi (Sandler, Dare and Holder’s “The Patient and The Analyst”, Adam Phillips’s “Winnicott” and Darian Leader’s “What is Madness?”). She has also edited the translations of Psychodynamics of Depression by Busch, Rudden, & Shapiro (Trans. Marzieh Ghorbani), and Talking to Couples by Zavattini, et al (Trans. Saba Moghaddam).

She specializes in psychoanalysis and psychoanalytic psychotherapy with adults and supervises psychology interns and trainees.